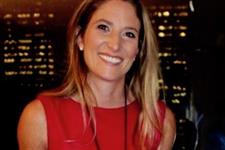 Ridder started in the new role Monday and reports to Precision’s founders Stephanie Cutter and Teddy Goff. She will manage multiple client teams with a range of staff, and does not have a specific number of direct reports, according to an agency spokeswoman.

Ridder is tasked with bringing her organizing, data targeting, political strategy and overall movement building skills from the political world to Precision’s clients, according to the agency statement about her hire.

“I’ve had the privilege of working with [Cutter] and [Goff] on projects before and I have always admired their work and how they look at campaigns holistically from data to comms to digital to paid media,” Ridder said. “I love how they approach campaigns and I’m eager to work for them again both in the political sphere and understanding how they do that with corporations and other entities and nonprofits.”

Prior to Ridder’s hire, the mobilization and campaign management practice reported directly to Cutter and Goff.

Precision created the new role, Ridder said, because “we know campaigns require organizing, whether it’s corporate or political campaigns. So, how you reach people, who are they and how do we motivate them is so important to the success of any project. I think they thought the skills I was bringing from my political background in understanding paid and comms were important tools they could use.”

Prior to joining the Biden campaign, Ridder was campaign manager for Montana Governor Steve Bullock’s presidential bid, according to the statement. She was also manager in 2018 of Jared Polis’ winning campaign for Colorado’s governorship.

Ridder is just the most recent example of the close ties to Precision has maintained with Democratic politics ever since Goff and Cutter formed the agency with fellow Obama for America advisor Jen O’Malley Dillon. O’Malley Dillon moved to the White House as as President Joe Biden’s deputy chief of staff.